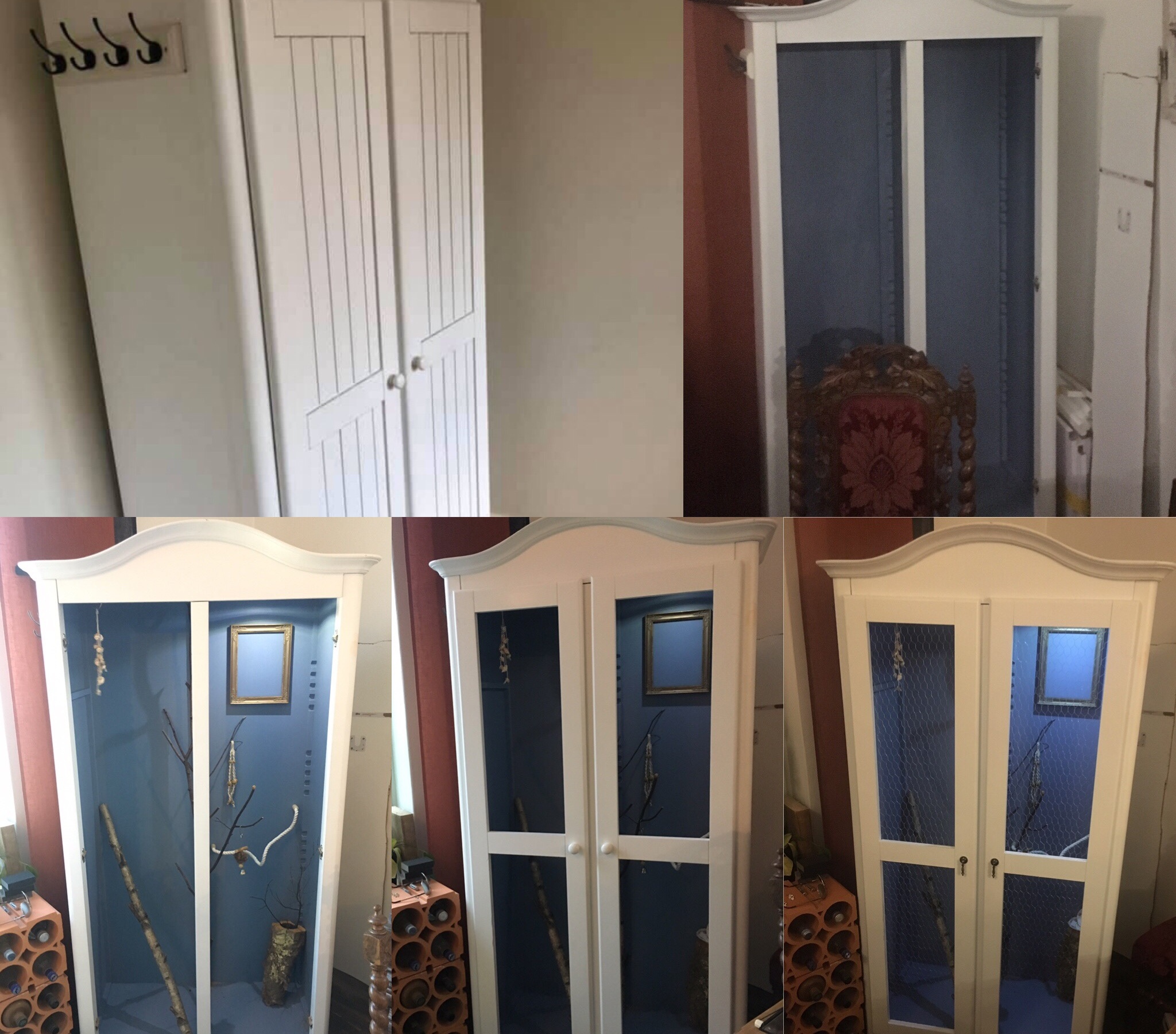 A few months ago I took over two budgies. The previous owner didn’t want to keep them, because her cat showed too much interest in them.

I had budgies before and was really excited when it was time to pick them up.

They are two beautiful girls and we named them

For those of you that are not into Harry Potter … Wingardium Leviosa is a charm to make things levitate.

Martin had the idea to name them that since I’m extremely into Harry Potter. He’s a smart one 🙂

So, Wingardium & Leviosa had one of these super high but narrow cages. They were barely moving, always fighting for the highest spot.

So I decided to build them an indoor aviary. But not just any. I wanted one that is special and also looks good in our kitchen/living area. Strolling around on Pinterest, I found those gorgeous aviaries, made out of old cabinets/wardrobes.

That was what I wanted!

It turned out, that it was not too easy to find the right one since I had pretty precise wishes. And like always, I didn’t want to spend much money.

It took a few weeks, but then finally, Martin found something on Facebook Marketplace. It was beautiful and we got it for 750kr (ca 75€)

And then the creative part began.

First, we did cut out the middle wall. Not as easy as it sounds when you don’t have professional equipment. 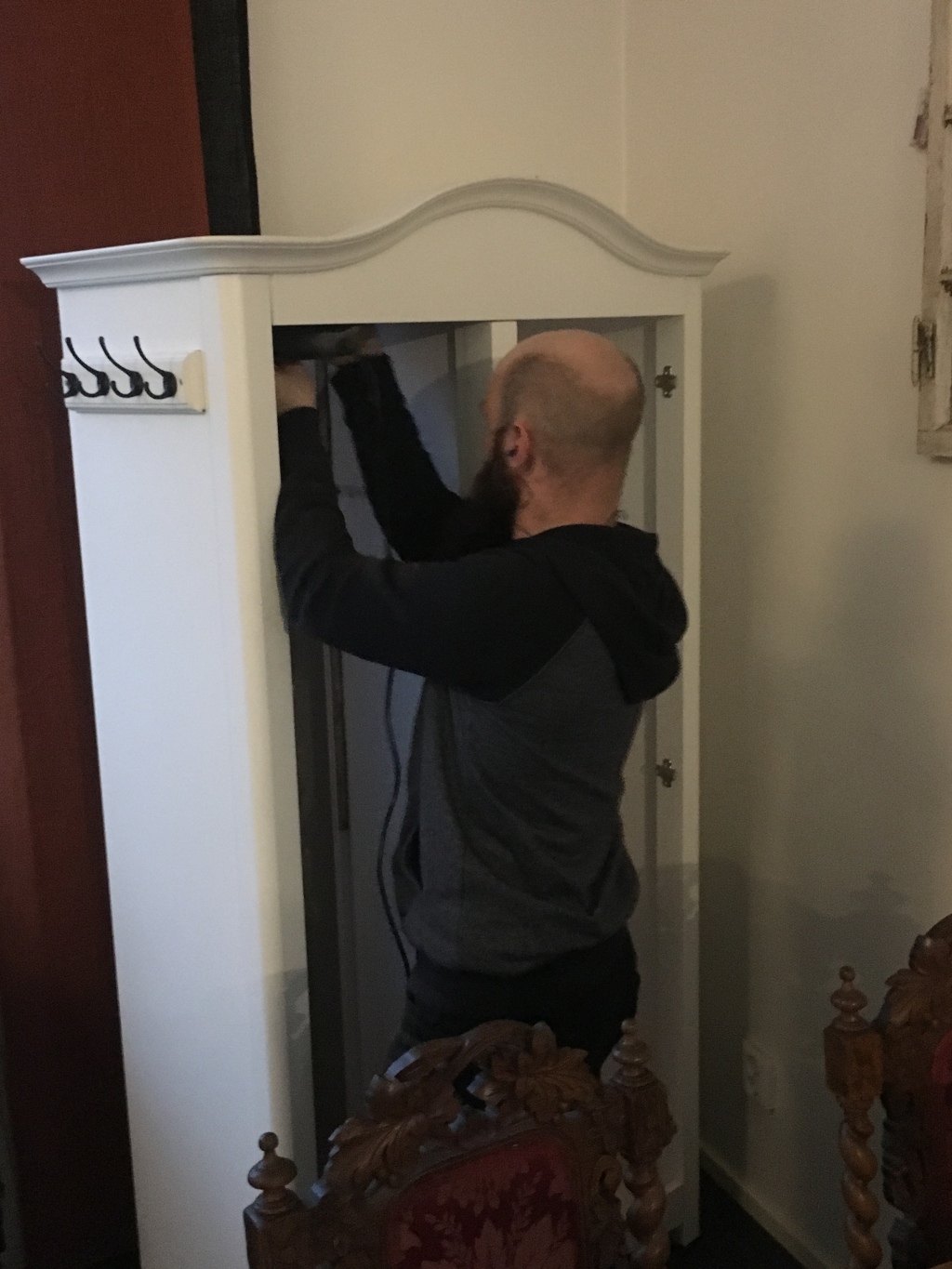 After sanding all edges, I painted the inside in a greyish blue tone. 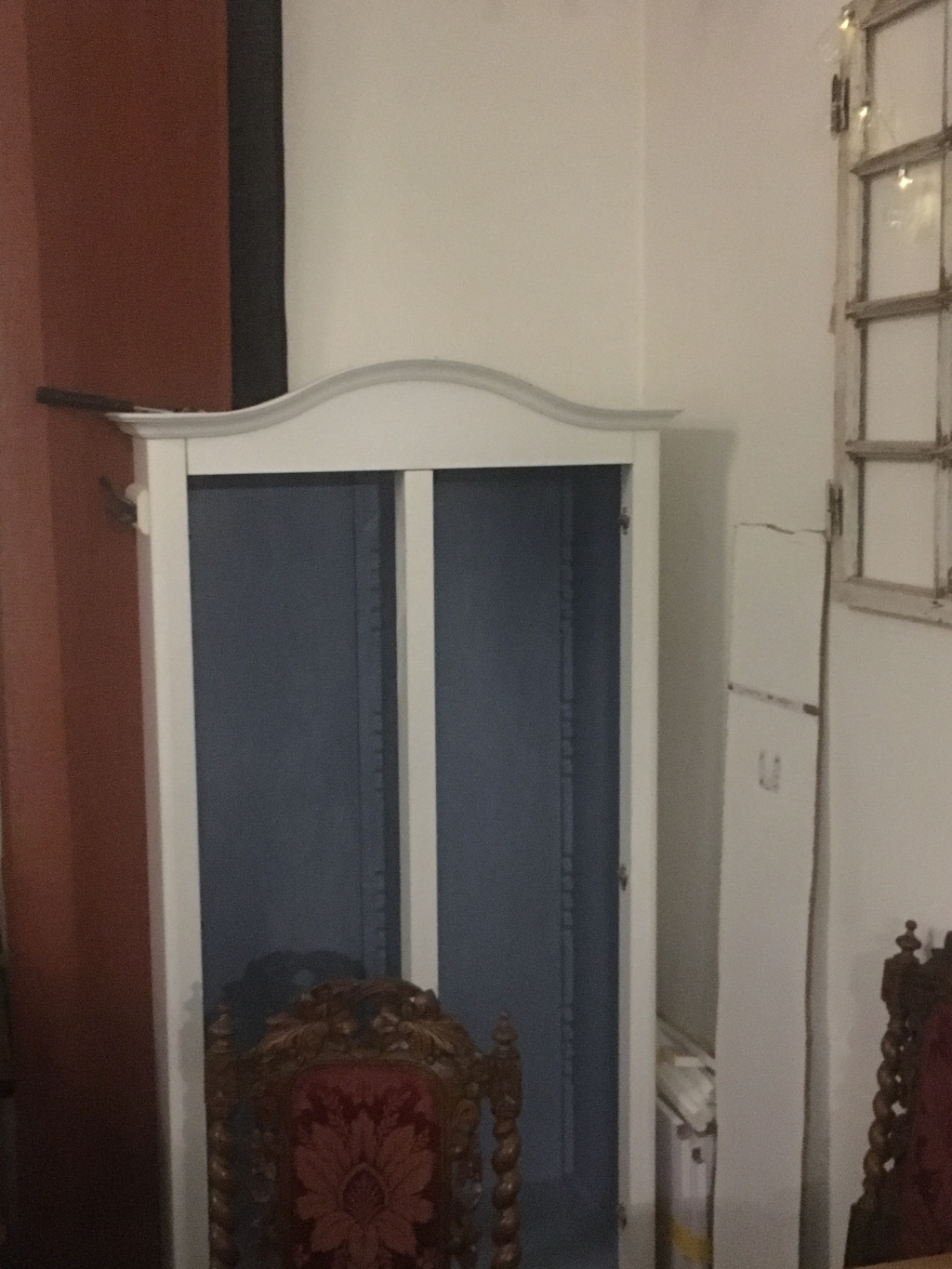 Martins dad helped us to cut out the middle parts of the doors where we would fasten the chicken wire. 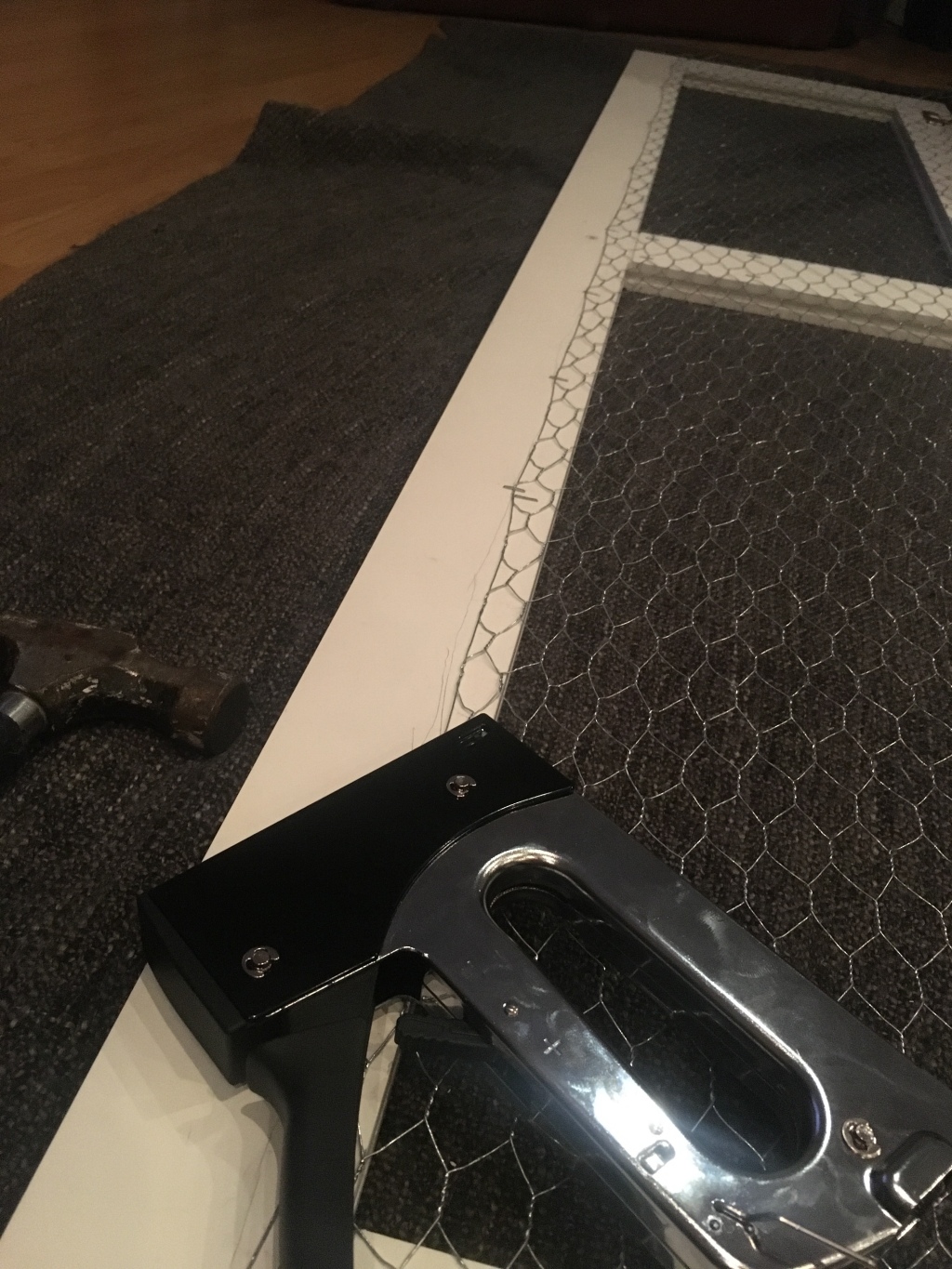 And when all this was done, I could finally move on to my favorite part. The interior!

Early on in the planning process, I got this idea to have an empty frame on the wall, with a swing hanging in there. So it would look like the birds are a painting when they sit on the swing.

Well, I mounted the swing different as planned, but I’d say I nailed it 🙂 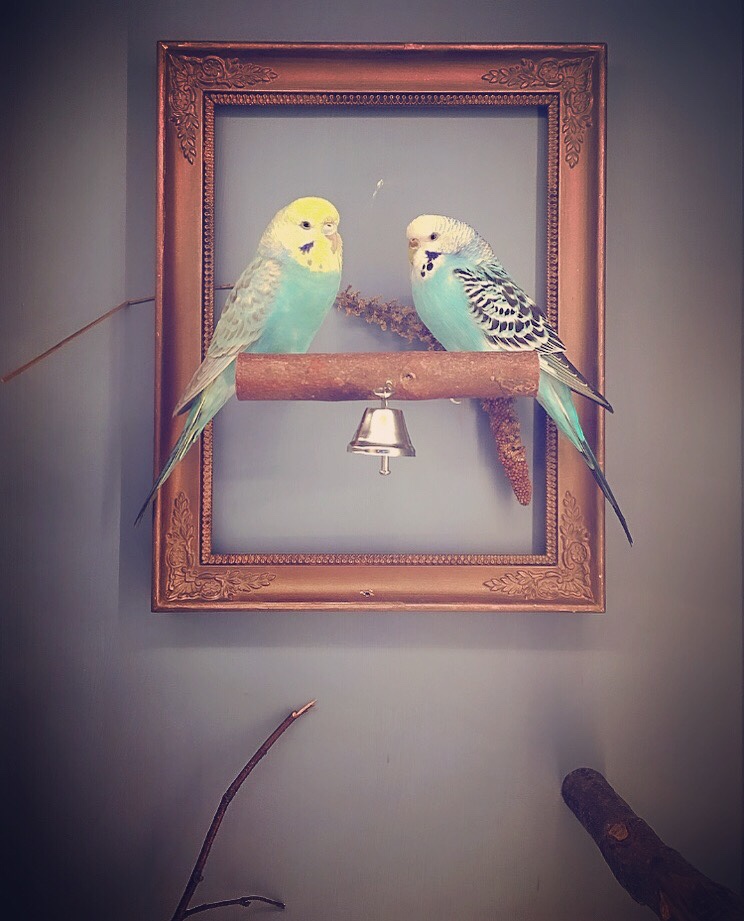 In the middle of the aviary, we fastened a part of a birch, that we took from our summerhouse garden. 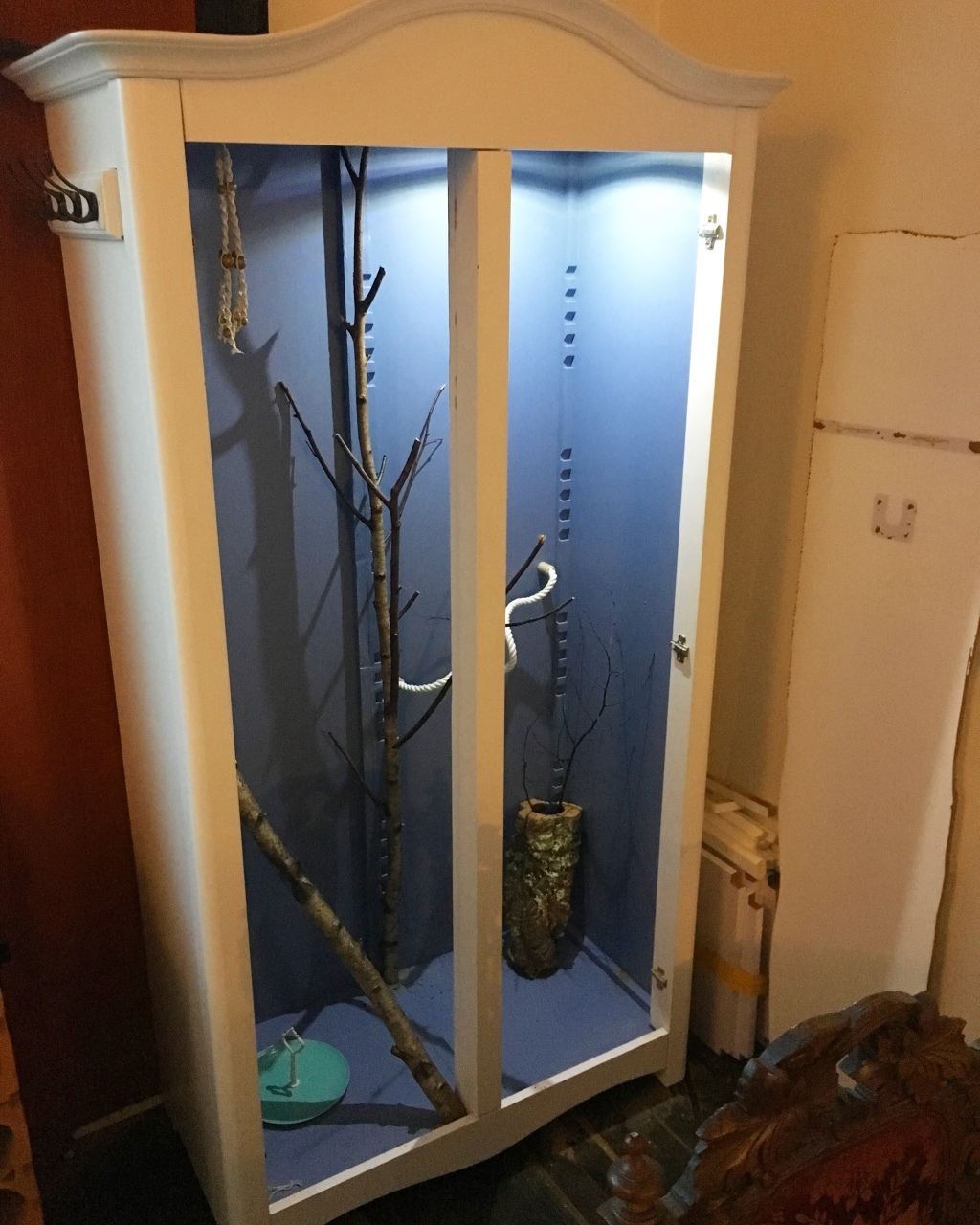 Even though until then, the birds were not too adventurous, I wanted them to have a big variety of sitting spots and toys.

And now I’m happy about that.

Since they moved in a few weeks ago, they transformed into completely different birds. They are curious and cheeky. Some mornings when I get ready for work, they sit by the door, yelling at me to open it because they want to fly. Their flying skills improved a lot!

They also use the whole aviary, exploring every single corner in there. Nibbling on everything (something they NEVER did before)

I’m so happy they love it as much as I do! 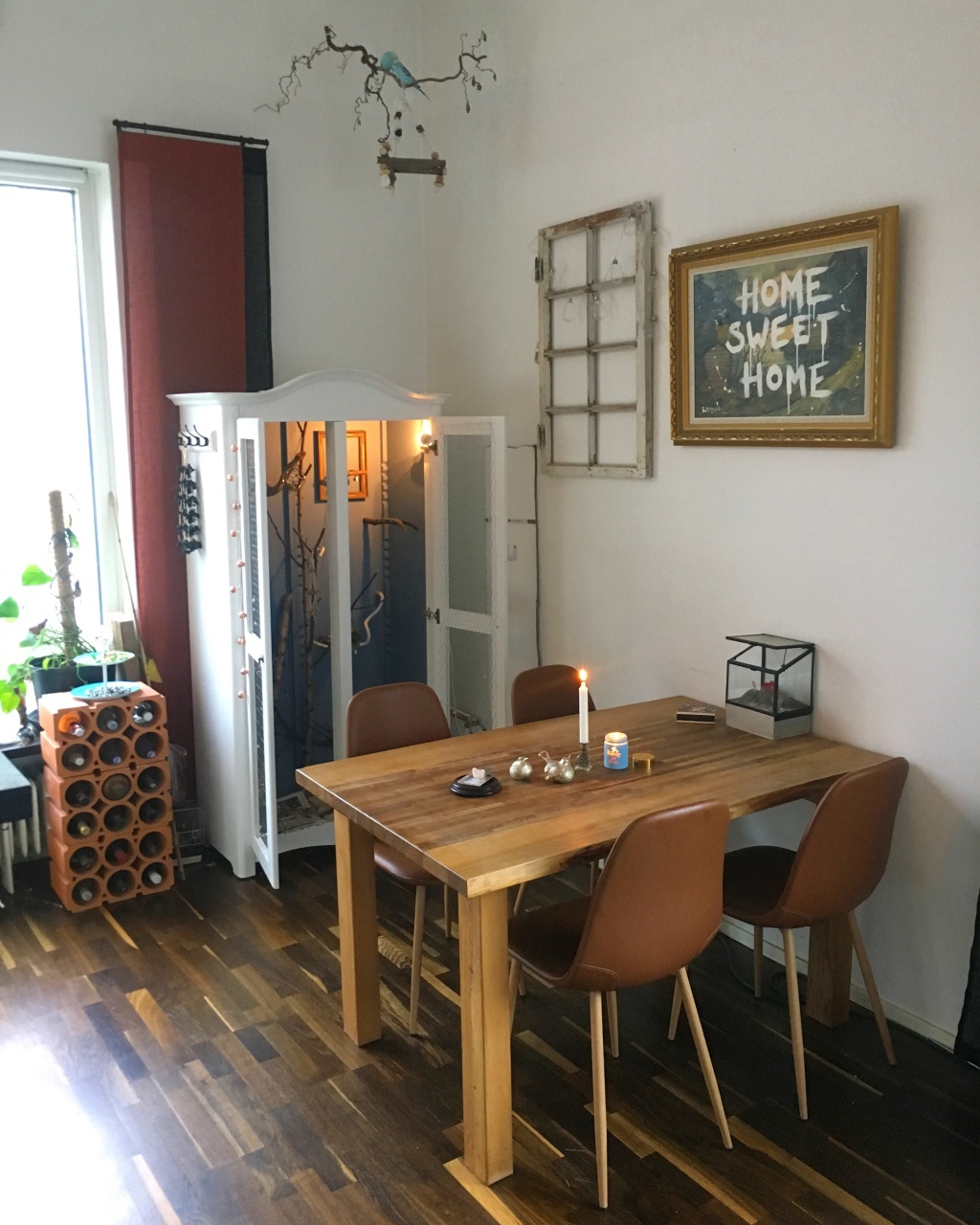 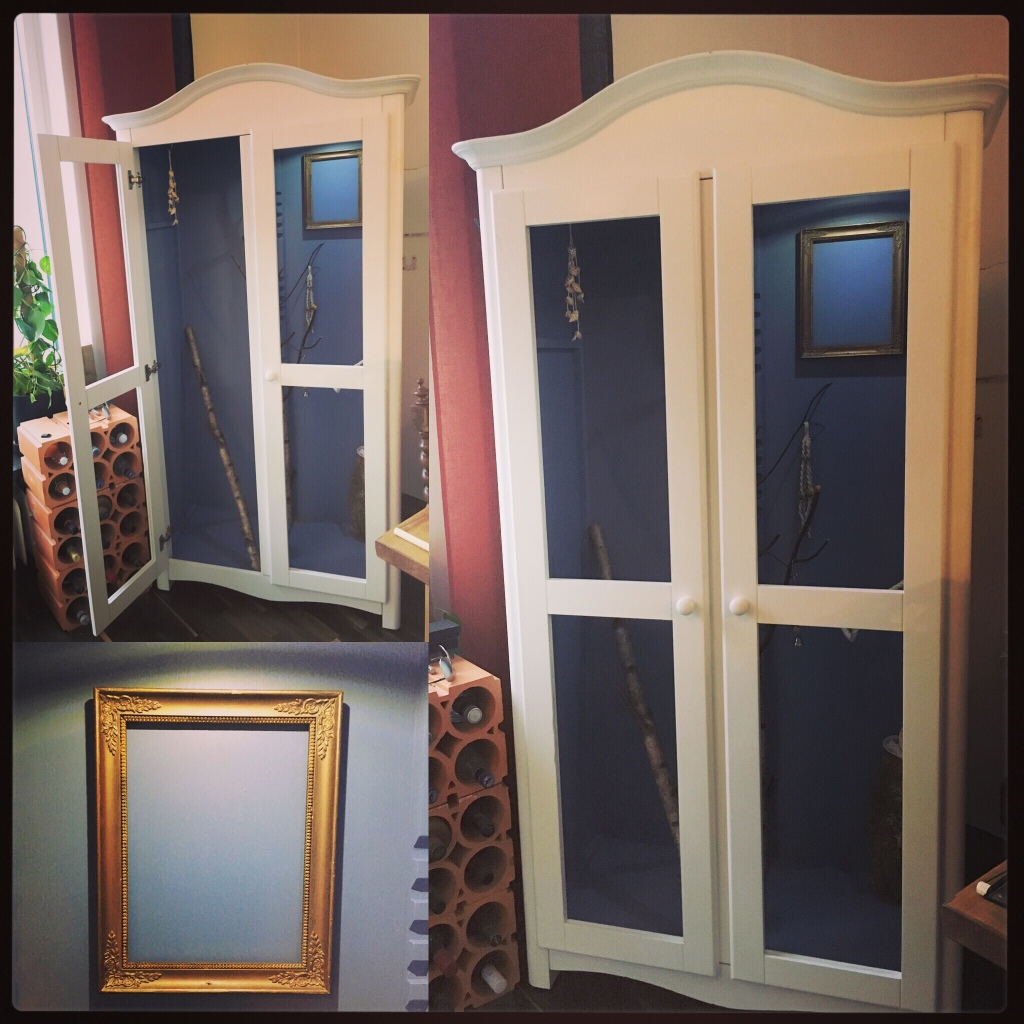 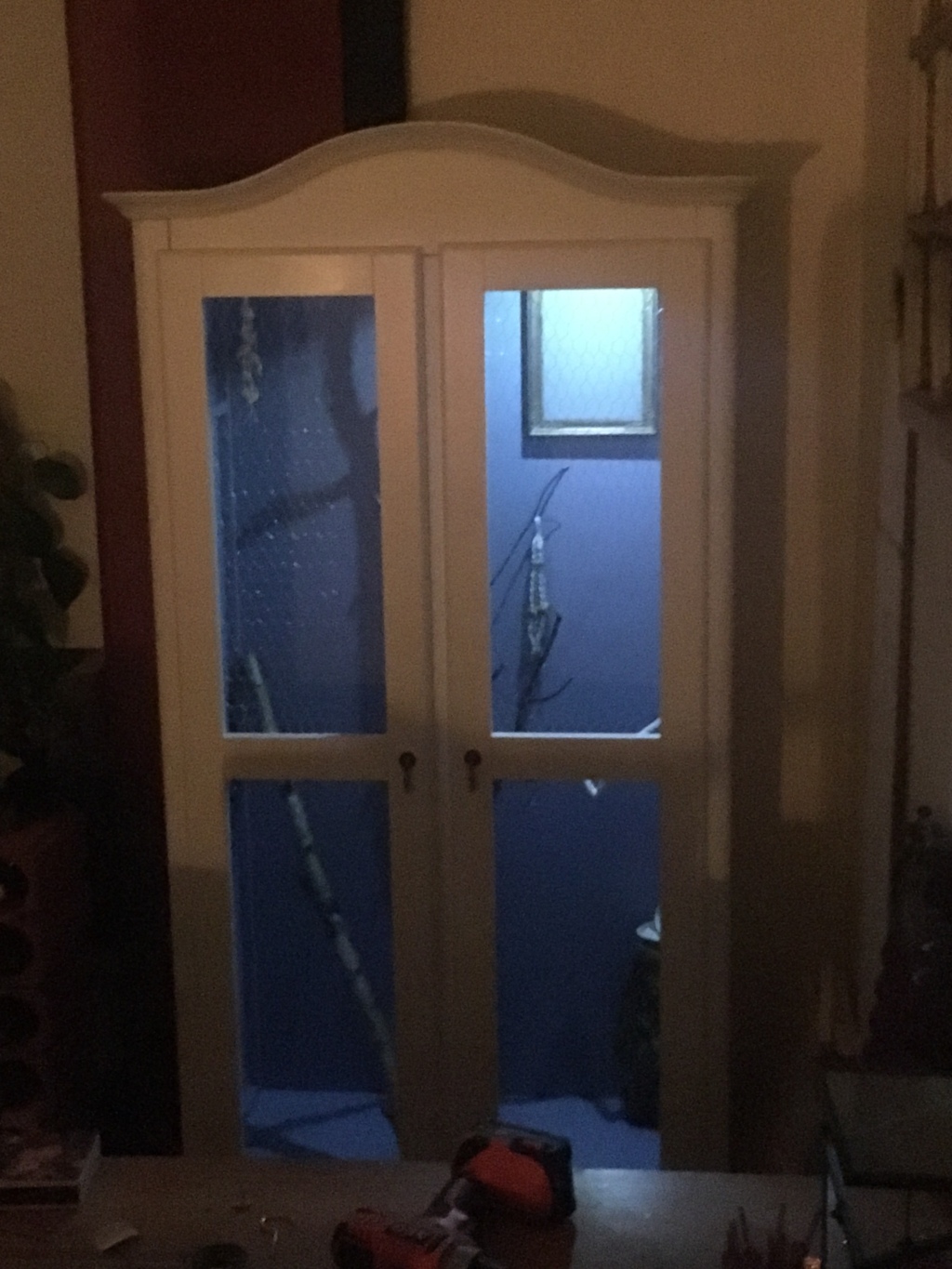 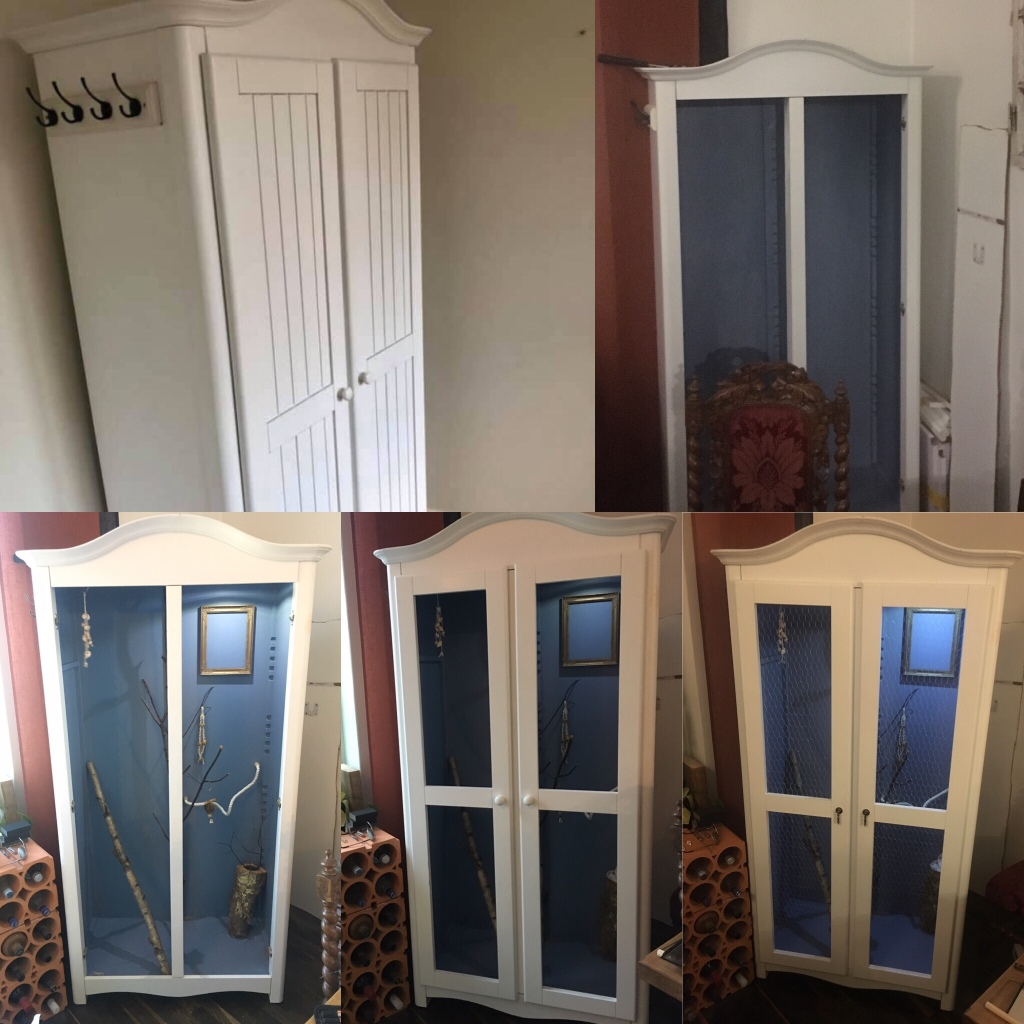 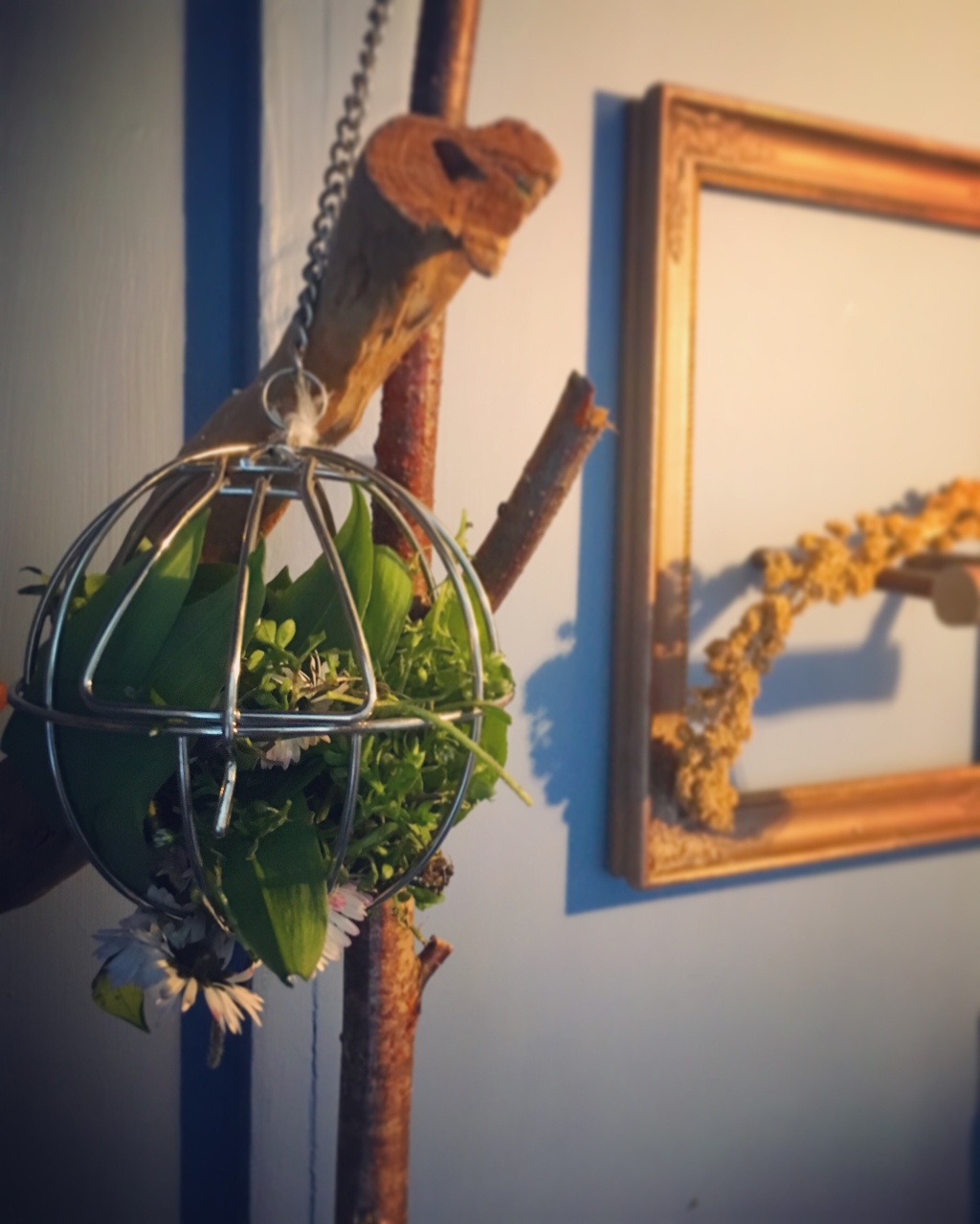 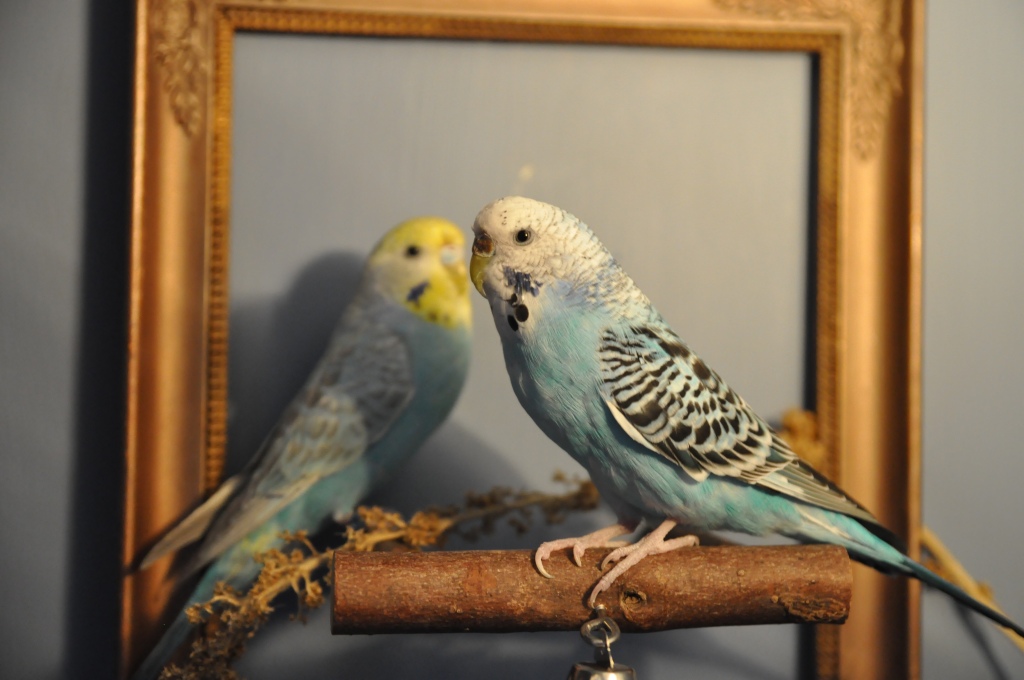 ← Mirror,Mirror on the wall…
They see me rollin’ →