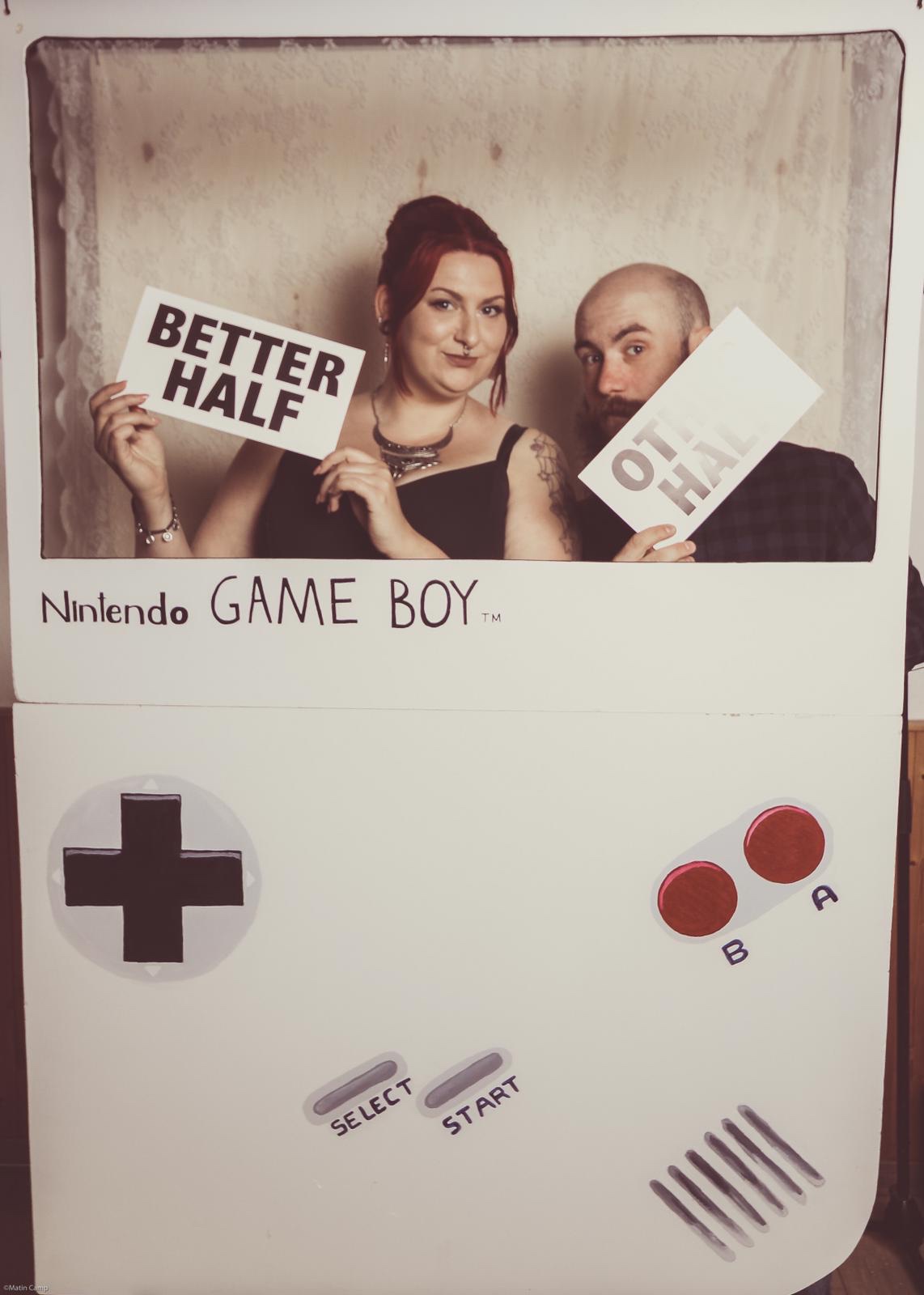 My youngest sister got married. I was allowed to fix some decorations, since she’s not crazy into that, while I LOVE it!

Both, my sister and her fiance are gamers. They love spending their spare time on their computers.

And we always were into consoles when we were kids. So a gameboy as a photobooth seemed to be the right choice.

I had to figure out how to make it big enough, while still being able to transport it to Germany in our small car.

So I decided to make it in two parts , connected with hinges.

First step was to research the original measurements. Then transfer these numbers to the piece of wood I had.

First I used a jigsaw to do the outlines and to cut out the screen. For the screen, I had to drill big holes in each corner to manage to get the round edges. 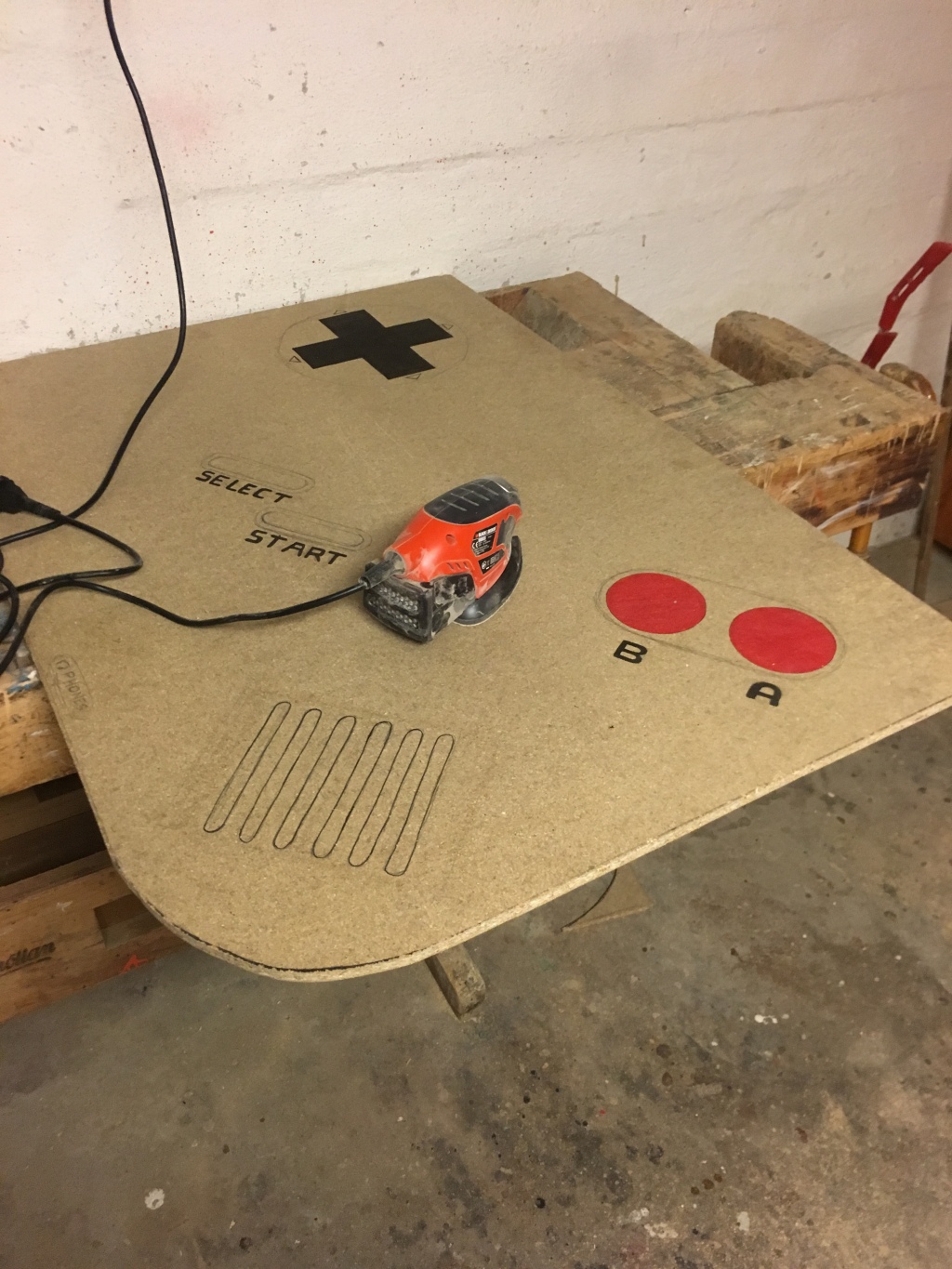 In the next step I started drawing on the details, like the NINTENDO Logo and the buttons. First with a regular pencil. Then I traced the outlines with a black marker. That way, it was still shining through after painting the light grey base. 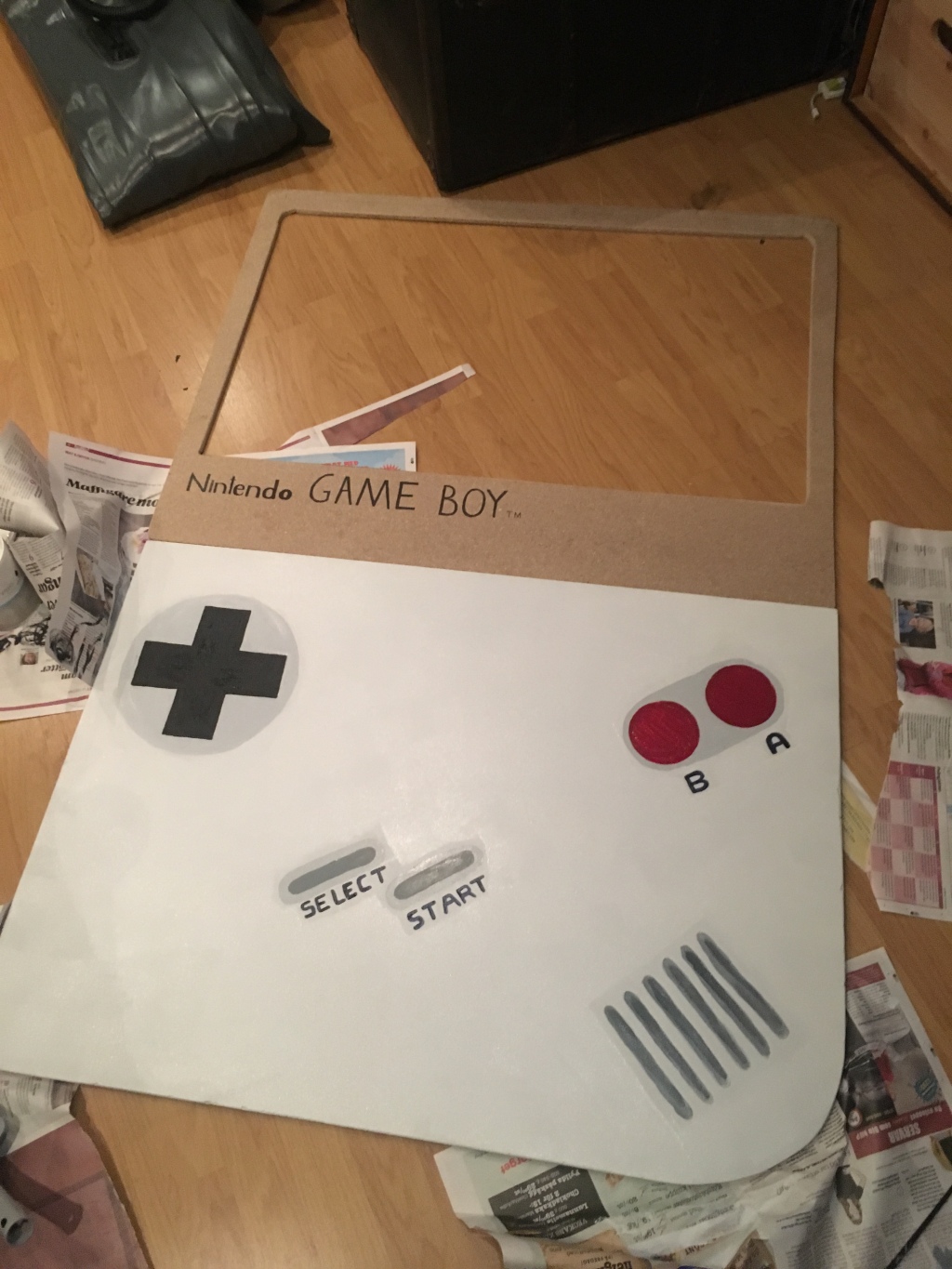 And then I simply painted everything else with fine brushes and acrylic paint.

After the buttons were dried, I addad some light and shade to make it look a bit less flat.

When I was satisfied with the result, I fastened the hinges to connect the two halves.

On the day of the wedding, my other sisters’ husband fastened it on a system for photo backgrounds.

It was a big hit on the wedding. Especially in the later hours, when most women were dancing and men tried to get away from it. 🙂 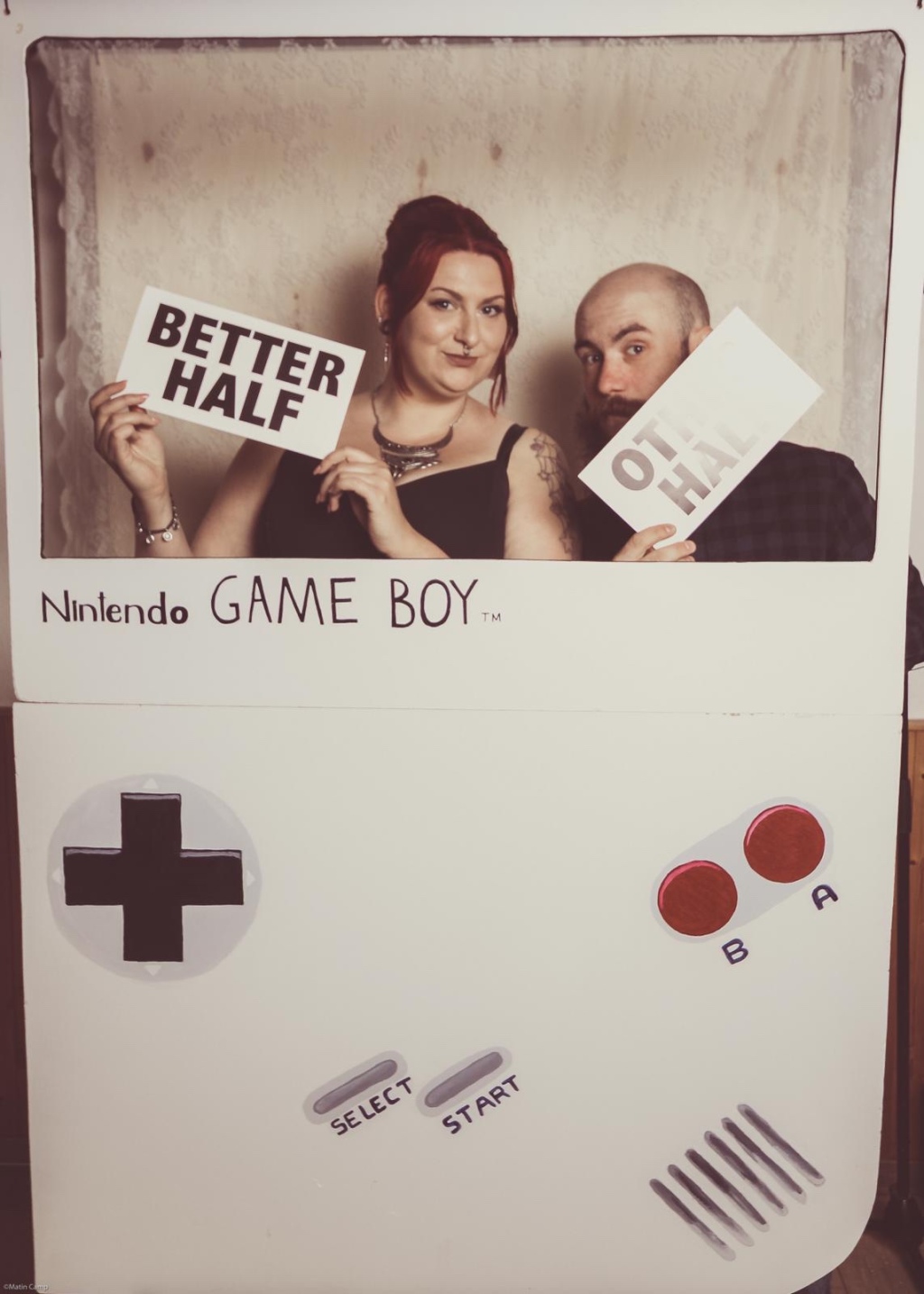 ← Other people
Let’s get cozy →